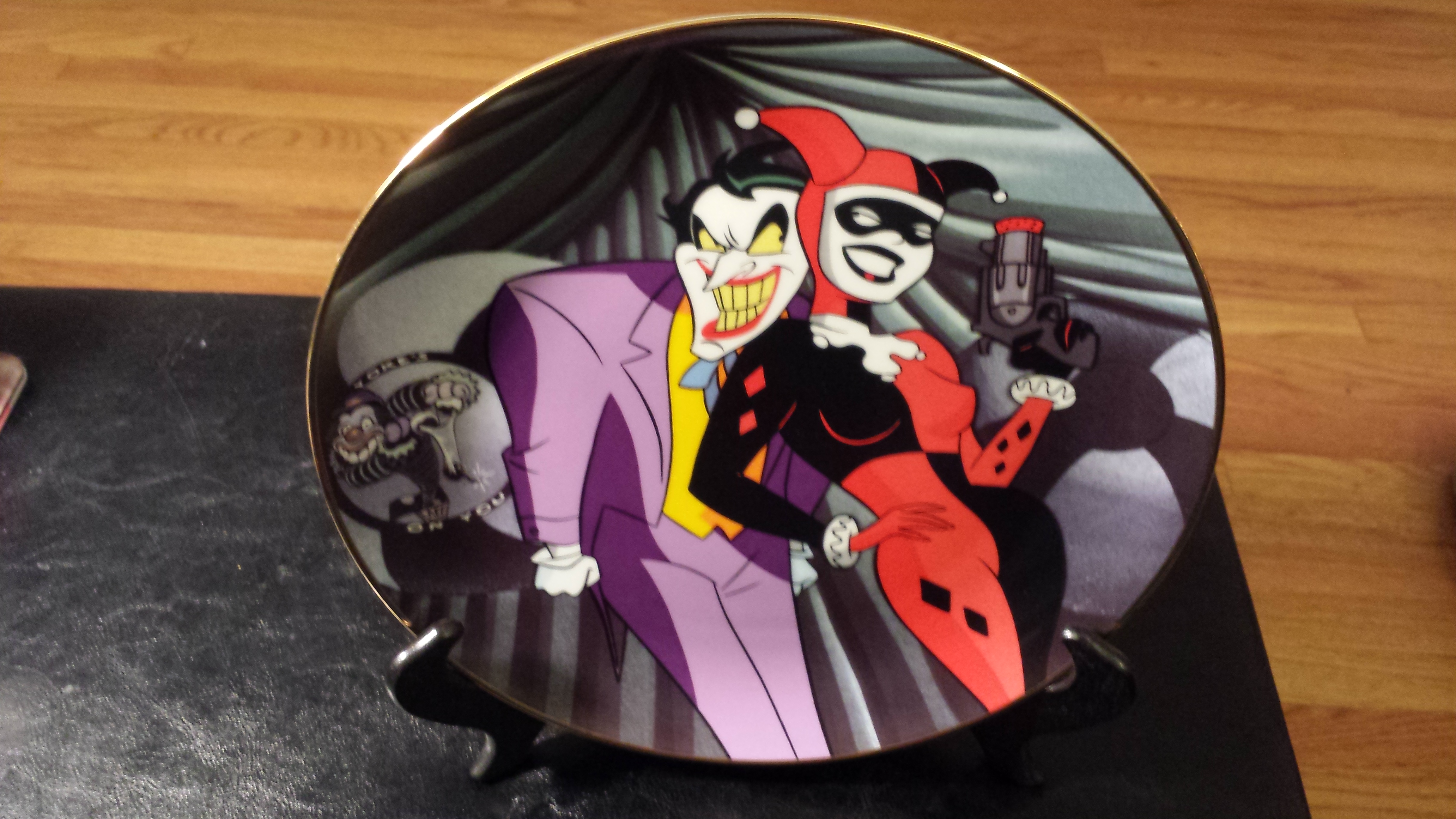 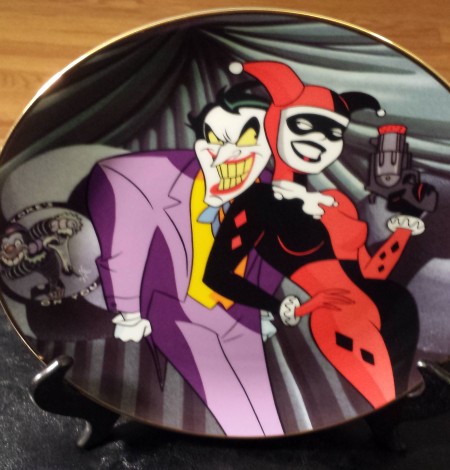 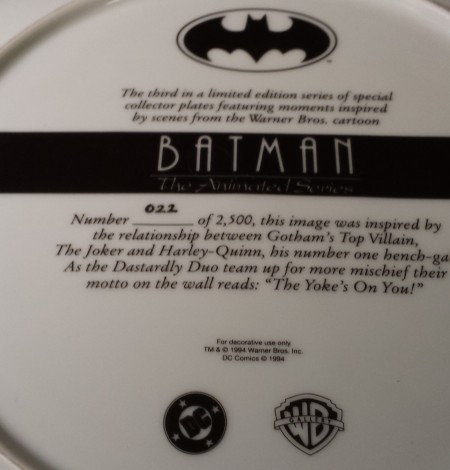 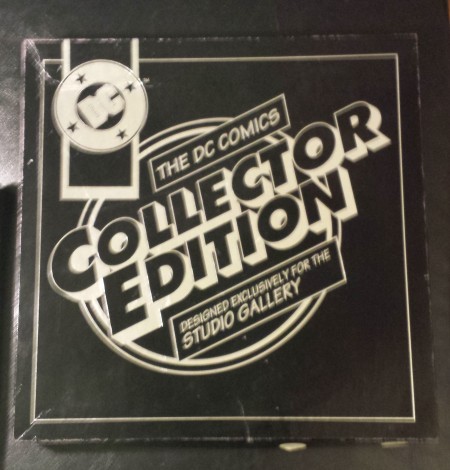 This is a very rare low numbered plate. Number 22 out of 2,500 made. It’s also in the original DC Comics Collector Edition box. Most of these plates were sold in the generic Warner Bros. Gallery Collectors Edition Plate boxes.

This listing is for a Warner Bros. Gallery Collectors Edition Plate of the Joker and Harley-Quinn from the popular Cartoon Batman the Animated Series. Original box has hints of shelf wear. The plate is in perfect condition.

The third in a limited edition series of special collector plates featuring moments inspired by the scenes from the Warner Bros. Cartoon, Batman the Animated Series.

Numbered 22 of 2,500, this image was inspired by the relation ship between Gotham’s Top Villain, The Joker and Harley-Quinn, his number one hench gal. As the Dastardly Duo team up for more mischief their motto on the wall read: “the Yoke’s On You!”.